To be able to make precise statements about pseudonymization, this subsection defines some important concepts (terms).

This subsection is designed to be read at different levels of detail. In its minimal use, it can be totally skipped and used only as a glossary when the need arises to better understand terms used in later sections. Instead of reading the full text, it is possible to abbreviate the reading by considering only the definition boxes. For brevity, this short version avoids to incorporate the discussion of how the concepts relate to the GDPR; readers interested in that aspect are referred to the more detailed analysis (see https://uldsh.de/PseudoAnon).

Data pseudonymization is illustrated in Figure 7.

The concept of identified personal data is illustrated in Figure 10. 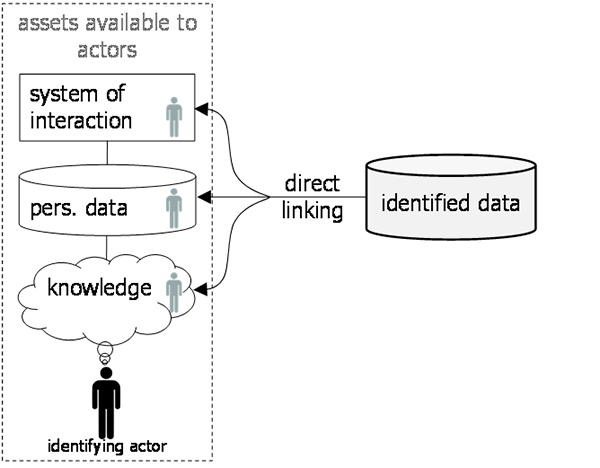 Within the concept of pseudonymous data, two types are distinguished:

The concept of strictly pseudonymous data is further illustrated in Figure 11. 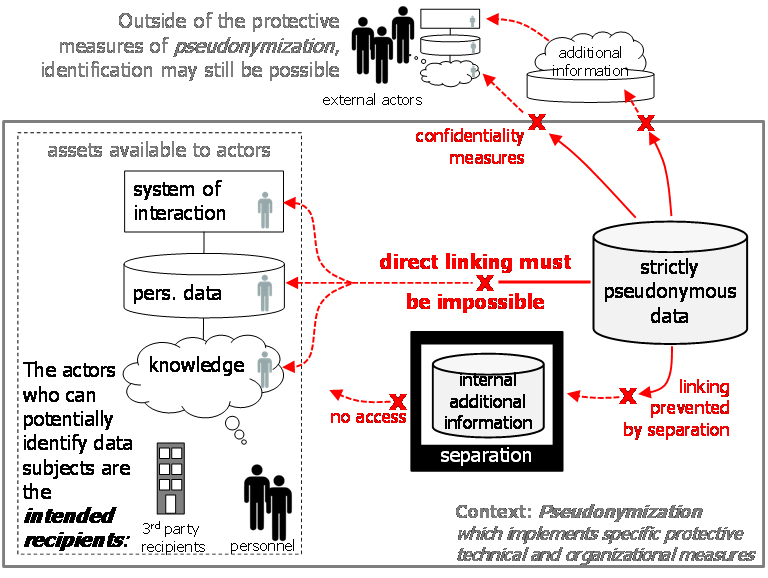 Figure 11: In the context of pseudonymization, intended recipients are unable to identify data subjects in strictly pseudonymous data.

Additional information belongs to one of the two above types. Independently of this distinction, another independent distinction can be made: 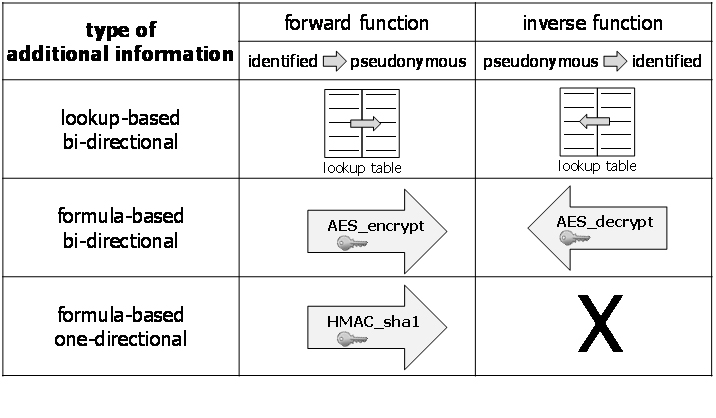 Also for the concept of pseudonyms, two types can be distinguished:

1The term “identified” seems a good description of the essence since the data contains both, the “who” and the “what”; if it contained only the “who”, “identifying” would likely be a better choice for the concept. ↑